Online Film Festival by Lisl Ponger “A weekly programme of films made by, or about, women”

Ramesch Daha, born in Tehran lives and works in Vienna. She shows a documentation of her work 06.04.1945, where she mounted fragments of the register of mainly political prisoners from 1944 and 1945 on the outside wall of a present-day prison in Lower Austria.

Her work, like Isa Rosenberger’s art, is deeply embedded in historical research and its contemporary contextualisation. In her film Espiral Rosenberger brings the role that Austrian banks played in South-East Europe after 1989 together with a work by German choreographer and dancer Kurt Joss (1901 –1979). The expressionist ballet, The Green Table, was written between WWI and WWII and subtitled “A dance of death in eight scenes.”

Bronwyn Lace’s Feast or Famine echoes this dance of life and death in her video installation composed of thousands of time lapse photos shot in the Natural History Museum in Vienna and accompanied by a soundtrack by South African composers. Based in Vienna, she is a South African artist and the co-director of The Centre for the Less Good Idea founded by artist William Kentridge.

Vienna based curator and writer Naoko Kaltschmidt’s suggestion is a trailer about Barbara Rubin, (1945–1980), a US-American filmmaker and performance artist. 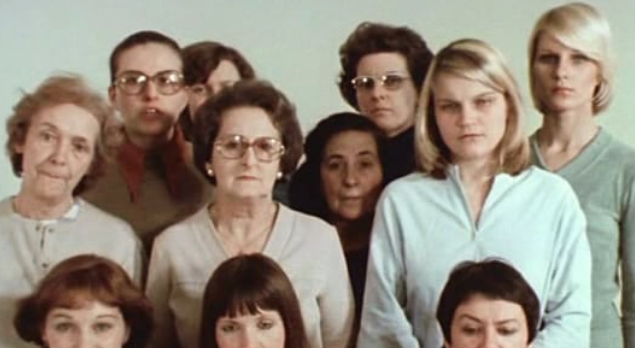 It is followed by the French film Réponse de femmes: Notre corps, notre sexe and the US-American film Semiotics of the Kitchen – Martha Rosler both made in the year 1975, the former suggested by Austrian graphic designer Eva Dertschei (studio.tid) and the latter by Del Barret, Founder and Chair of hundredheroines Agnes Varda (1928 –2019) was a Belgian-born French film director, screenwriter, photographer, and artist and Martha Rosler a US-American artist, who works in photography and photo text, video, installation, sculpture, and performance.

This website uses cookies to improve your experience while you navigate through the website. Out of these, the cookies that are categorized as necessary are stored on your browser as they are essential for the working of basic functionalities of the website. We also use third-party cookies that help us analyze and understand how you use this website. These cookies will be stored in your browser only with your consent. You also have the option to opt-out of these cookies. But opting out of some of these cookies may affect your browsing experience.
Necessary immer aktiv
Necessary cookies are absolutely essential for the website to function properly. This category only includes cookies that ensures basic functionalities and security features of the website. These cookies do not store any personal information.
Non-necessary
Any cookies that may not be particularly necessary for the website to function and is used specifically to collect user personal data via analytics, ads, other embedded contents are termed as non-necessary cookies. It is mandatory to procure user consent prior to running these cookies on your website.
SPEICHERN & AKZEPTIEREN